Israeli Air Force (IAF) strikes in Syria against Hezbollah targets Thursday night killed four terror operatives, the Syrian Observatory for Human Rights (SOHR) reported, contradicting claims by Hezbollah that there were no casualties in the attack.

Syria’s state media reported that the IAF launched an airstrike from the southeast side of Beirut, “targeting some posts in the surroundings of Damascus and Homs.”


The SOHR reported Saturday that the Lebanese Hezbollah “continues lies and blackout regarding the real number of its fatalities” in Israel’s latest attack in Syria, as it has obtained new details on the identities of two of the four fatalities who were killed in the strikes.

According to SOHR sources, two of the fatalities were Shiite Syrians, one of whom came from Idlib, and the second militiaman was from Homs.

It is yet unknown if the two other fatalities and the injured militiamen were Syrians or Lebanese.

SOHR confirmed earlier that the four militiamen killed by the Israeli attacks were affiliated with the Lebanese Hezbollah. The attacks resulted in the explosion of an ammunition warehouse belonging to Hezbollah in Qarrah district in Rif Dimashq.

Beyond the four dead, others were wounded in the attack.

The IDF has remained silent on the reports, as it usually does.

Yossi Yehoshua, the military analyst for Yediot tweeted that the strike was more significant than reported, the cooperation mechanism with the Russians worked, all the missiles hit their targets and none were intercepted.

It is believed that Israeli aircraft launched their missiles at the enemy targets from over Lebanon.

Iran and Hezbollah have in recent years been working to build up a military presence in Syria, a threat that remains a red line for Israel.

Hezbollah also uses Syria for the transfer of advanced weapons from Iran to Lebanon.

The IAF has carried out thousands of attacks to thwart the Iranian entrenchment in the war-torn country. 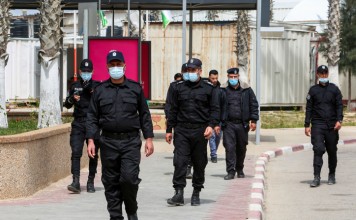 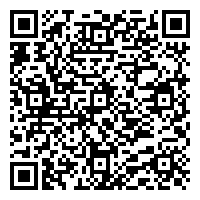