ISIS shot down a Syrian regime’s warplane on Tuesday, Sept. 16, according to a report based on information from the UK-based Syrian Observatory for Human Rights monitoring group.

The Syrian plane was engaged in attacking the ISIS base in Raqqa when it was shot down. Raqqa, used as the headquarters by ISIS,  is a city in north central Syria, on the north bank of the Euphrates River, approximately 100 miles east of Aleppo.


After being shot down, the plane crashed into a house. Rami Abdul Rahman, the SOHR director, said there were casualties on the ground. Other reports claimed there were eight casualties following the crash.

“It is the first aircraft shot down since the regime launched air strikes against the jihadists in July following their declaration of a caliphate in late June,” according to an SOHR statement.

Another account of the downed Syrian war plane declined to confirm whether ISIS was responsible for the crash. The Syrian air force has been bombing ISIS controlled territory continually since the group seized control of  Mosul, a city in Iraq near the Syrian border, when the group declared a caliphate straddling Iraq and Syria.

A Syrian air strike on an ISIS training camp killed more than a dozen terrorists on Saturday.

The U.S. is assembling a coalition to fight against the ISIS terrorists. Syria allegedly offered to join the coalition but the offer was rebuffed. Syria is fighting against ISIS and a US-assembled coalition which has only been operating in Iraq is expected to take the fight to Syria as well.

With the fight against ISIS taking place within the same relatively small geographic region, the potential for perceived interference either by the western-backed coalition or by Syria poses additional problems or, perhaps, opportunities. 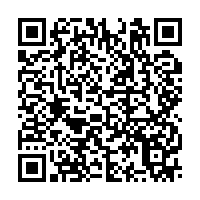