Over the past 30 years, the UK has become the world’s largest importer of unmanned aerial vehicles (UAVs, or drones), taking in a third of all deliveries, while Israel has risen to dominate the market as the largest exporter, outselling the U.S. 3-1, the Guardian reported, citing SIPRI, the Stockholm International Peace Research Institute.

UAV is a general reference to an aircraft without a human pilot aboard, but the kind of UAV that’s being manufactured and perfected in Israel and the U.S. are the armed drones, which have been used in recent years by the U.S. military to attack Pakistan-based terrorists.

The bulk of the criticism voiced over the past decade regarding these attack is the vast amount of collateral damage they’re causing, as many civilians are killed along with the identified target.

According to the Guardian, though, those killer drones account for a surprisingly small fraction of the overall trade, a mere 2.5%.

The UK tops the list of importers, having received 55 drones from Israel and 6 armed UAVs from the US, which came to more than a third of global deliveries between 2010 and 2014.

According to the same report, Israel is the largest exporter of drones. Between 2010 and 2014, it delivered 165 units worldwide. The U.S. delivered 132, and Italy 37. Since 1985, Israel has made 60.7% all global UAV exports. China, which has taken on making and exporting armed UAVs, supplied only 0.9% of total exports in the same period.

Elbit is the Israeli manufacturer of 6 different UAV models: The Elbit Systems Hermes 90 is designed for tactical short-range missions using a heavy-fuel motor.

The Elbit Systems Hermes 450 is a medium size multi-payload model, designed for tactical long endurance missions. It has an endurance of over 20 hours, with a primary mission of reconnaissance, surveillance and communications relay.

The Elbit Systems Hermes 900 Kochav (Star) is a medium size multi-payload model designed for medium altitude long endurance (MALE) tactical missions. It has an endurance of over 30 hours, can fly at a maximum altitude of 30,000 feet, with a primary mission of reconnaissance, surveillance and communications relay. It has a wingspan of 15 m and weighs 2,134 lbs, with a payload capability of 660 lbs.

The Elbit Systems Skylark I and Skylark II are Miniature UAVs, used in large quantities for high-tempo support of ground forces.

The Elbit Silver Arrow Mini-V is a small reconnaissance UAV, powered by twin, 4 horsepower piston engines, one in a nacelle on each wing driving a pusher propeller. It has no landing gear. The Micro-V appears to be too small to carry a full sensor turret, carrying a miniaturized imager in a transparent section built into the middle of its fuselage.

The Elbit Silver Arrow Sniper is a reconnaissance UAV, resembling a conventional private aircraft with fixed tricycle landing gear, driven by a nose-mounted propeller and a 38 horsepower piston engine. 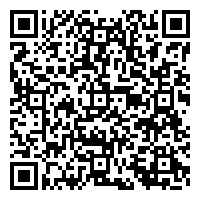