Israeli fighter pilots bombed multiple Syrian targets on Sunday, in particular targeting a warehouse where S-300 missiles were being prepared for transport to the Hezbollah terror organization in Lebanon.

Included were areas in Damascus province, near Damascus International Airport and the Dimas air base, according to Syrian state television.  Footage of some of the bombing can be seen in a clip made available courtesy of the Israel Video Network.

At least ten separate explosions were heard by Damascus residents, according to the UK-based Syrian Observatory for Human Rights. No casualties were reported.

The IDF did not comment on the attack, in accordance with its policy of not confirming or denying its role in such operations.

National Security Council head Yossi Cohen briefed the Cabinet on the diplomatic and security situation in the region at its regular weekly Sunday morning meeting.

“We are closely monitoring the Middle East and what is happening with open eyes and ears, and a lot is happening,” Prime Minister Binyamin Netanyahu said at the start of the meeting. “We will stay informed and we will deal with these threats and challenges, which are not taking a time-out. We will deal with them with the same responsibility that we have up until now,” but he offered no further details while reporters were in the room.

The Syrian Army confirmed to international media that facilities had in fact been damaged and said the strikes indicated Israeli involvement in regional terror. “The Israeli enemy executed strikes on two security installations this afternoon on the outskirts of Damascus near the international airport. This direct aggression was undertaken to aid terrorists in Syria after our forces claimed major victories in A-Zur and Aleppo,” the statement said.

Dimas Airbase was reported to have been used as a weapons storage facility for the Russian-made S-300 surface-to-air missiles.

Four Israeli aircraft were allegedly spotted in the area, eyewitnesses told Syrian state-run television. A similar strike on the same target was carried out just over a year ago, apparently for the same reason — to keep Syria from handing over the advanced missiles and other weaponry to Hezbollah.

Israeli artillery struck at Syria in March of this year in response to an attack on an IDF jeep on the Golan Heights that followed several other apparent “overflow” attacks aimed at Israel from Syrian territory. At the time, Netanyahu explained to media that the targets struck by the IDF were those belonging to Syrian elements who assisted in the attack.

“Our policy is very clear. We strike those who strike us,” he said. 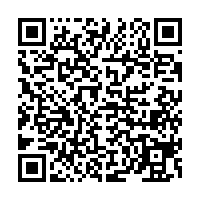