IRFA requires the President of the United States, who has delegated this authority to the Secretary of State, to designate as “countries of particular concern,” or CPCs, those governments that have engaged in or tolerated “particularly severe” violations of religious freedom.


IRFA defines “particularly severe” violations as ones that are “systematic, ongoing, and egregious,” including acts such as torture, prolonged detention without charges, disappearances, or “other flagrant denial[s] of the right to life, liberty, or the security of persons.”

After a country is designated a CPC, the President is required by law to take action to remedy the situation, or to invoke a waiver if circumstances warrant (As the late JFK put it: He may be an SOB, but he’s our SOB).

USCIRF also finds that seven other countries meet the CPC threshold and should be so designated: Egypt, Iraq, Nigeria, Pakistan, Tajikistan, Turkmenistan, and Vietnam.

USCIRF also places countries on its Tier 2 list, where the country is on the threshold of a CPC status, meaning that the violations engaged in or tolerated by the government are particularly severe and that at least one, but not all three, of the elements of the “systematic, ongoing, egregious” standard is met.

The Tier 2 designation provides advance warning of negative trends that could develop into severe violations of religious freedom, thereby giving policymakers an opportunity to engage early and increasing the likelihood of preventing or diminishing the violations. USCIRF has concluded that the following eight countries meet the Tier 2 standard in this reporting period: Afghanistan, Azerbaijan, Cuba, India, Indonesia, Kazakhstan, Laos, and Russia.

But not to worry – the State Department has issued indefinite waivers on taking any action against Uzbekistan and Saudi Arabia. As a result of these waivers, the United States has not implemented any policy response tied to the CPC designation for either country.

Gives a whole new meaning to the slogan “Freedom must be earned.”

In Egypt, the government has failed to protect Coptic Christians, who comprise 10 percent of the country’s 90 million people. The Copts have been tortured and killed and individuals continue to be prosecuted, convicted, and imprisoned for “contempt” or “defamation” of religion (Islam).

Somebody should start boycotting Egyptian products…

In Iran, religious freedom for minorities has deteriorated over the last year, a bad year for the Baha’is, Christians, and Sufi Muslims. The Report details that, “physical attacks, harassment, detention, arrests, and imprisonment” intensified.

Jews, Armenian and Assyrian Christians, and Zoroastrians have faced harassment, intimidation, discrimination, arrests, and imprisonment. Anyone who has dissented against the government, a theocratic republic, including Majority Shi’i and minority Sunni Muslims, have been intimidated, harassed, and detained. Several dissidents and human rights defenders have been sentenced to death and executed for “waging war against God.”

Human sacrifice, that must be their god’s favorite pastime. 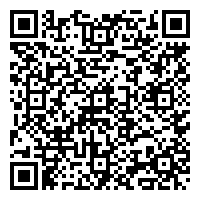