(JNi.media) Recently, many Druze from the northern Golan heights who need organ transplants and have been waiting a long time on the Israeli national waiting list, have gone to civil war-torn Syria for the parts they need in order to stay alive, Walla reported. Lebanese and Syrian media have published several stories describing the thriving black market trade in human organs. Lebanese newspaper As-Safir, which is close to the Assad regime, last January quoted the head of Medicine at Damascus University, Dr. Hussein Nofal, who claimed there have been thousands of cases of cornea sales in Syria.

Dr. Nofal added there are gangs working with Syrian doctors who sell cornea at $7,500 per, mostly abroad, falsifying their country of origin. He claimed that organ theft is prevalent in border areas outside the control of the Assad regime and inside the Syrian refugee camps in Turkey and Lebanon.


Another source told As-Safir that the Islamist militias fighting in Syria have been working with organized crime, selling them the organs of people killed in the fighting. The source related that hospitals in areas controlled by the rebels in Aleppo are plagued by thieves who claim the bodies of their “loved ones” only to harvest them and then bury them in mass graves. The source knew of about 5,000 organ stealing gangs, and suggested Turkish hospitals have become “export centers for Syrian body parts.”

For its part, the Syrian opposition is claiming that Syria’s organ trafficking network is operated by Assad army officers. According to reports in the opposition websites, the organ trafficking industry is thriving in direct ratio to the increased fighting in Syria in the past four years, as organs are harvested from thousands of Syrians the regime “erases” systematically.

The most desirable organs are the heart, eyes, kidneys, vertebrae, cartilage, joints and muscle tissue, which are flown to Russia for sale in Iran and India through the Russian mafia. The price of a smuggled heart is estimated at $20,000, an eye for $25,000, Kidney – $15,000 and most other organs for $10,000. The final price of an organ is determined by the age of the person from whom it was harvested.

A social activist from Majdal Shams, a Druze town in the southern foothills of Mt. Hermon, north of the Golan Heights, told Walla that the war has done a lot to bring down the cost of body parts in the region. “Before the war, a kidney sold for around 30 to 50 thousand dollars, and today, because of the large supply, a kidney already costs $15 thousand.”

At the same time, according to the Druze community sources, the risk of the trip to buy that kidney has also increased sharply, and not everyone who travels north for a bargain on a body part comes back. 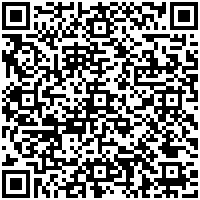