Please see this article for an update on who bombed the sites.

Arab sources are reporting that the Israeli Air Force struck Assad’s and Hezbollah positions in Qalamoun, Syria around 2 AM Monday morning.


The Arab sources claim that Israel hit a Scud missile storage site and injured a number of soldiers from the 155 Syrian division in three sorties. Al-Arabiya claims that 30 Syrian soldiers were killed. There is no official response from Syria or Hezbollah.

The attack came hours after Israel killed four Syrians who were planting a bomb on the Golan Heights along the Israeli side of the Israel-Syrian border.

The Syrian Observatory for Human Rights claims the four planting the bomb on Sunday evening were Syrian soldiers.

Israel has launched a number of airstrikes in Syria lately, as Syria, though primarily Hezbollah and Iran, attempt to use the chaos and civil war in Syria to establish a new front against Israel on top of the Golan Heights. This would be the third Israeli IAF attack in two days.

In part, Israel is sending a message to Russia and Iran that they will destroy any missile systems, and in particular, the S300 missile system, that are transferred into Syria or Lebanon.

Defense Minister Moshe Yaalon said on Sunday night that Iran is trying to transfer sophisticated weapon systems to Hezbollah, and Israel will not let that happen, anywhere or anytime. He said Hezbollah is trying to establish a terror infrastructure along Israel’s border with Syria.

On Israel’s Independence Day, one of the Free Syrian Army groups sent a letter to Israel wishing Israel a happy Independence Day. The letter stated they look forward to peace with Israel and the opening of the Israeli Embassy in Damascus. 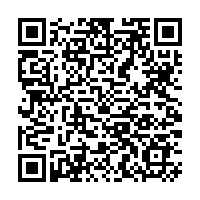