Hezbollah affiliated Al Mayadeen on Wednesday morning reported an overnight bombardment by Israeli planes of the Mezzeh military airport south-west of the old center of Damascus, Syria. The bombardment was apparently carried out from Lebanese airspace.

According to Syrian media, “in the capital, Damascus, residents woke at about four o’clock in the morning to loud explosions and high pillars of fire and smoke inside the military Mezzeh airport near the capital, the result of what appeared to be the targeting by a missile of the Zionist military. The site experienced strong and intermittent explosions over half an hour, while fire trucks and ambulances were rushing to the scene.”


The statement added that “until this moment the Syrian military has not issued an official statement to explain what happened, but it is almost certain that what happened is the targeting by a Zionist missile of the Mezzeh military airport out of Lebanese airspace.”

Several Arab social media news sources insisted the explosions were the result of a fire in an ammunition armory on base, and not an Israeli attack. 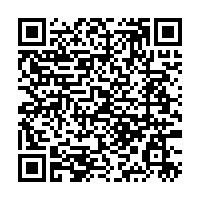