The featured image of Thomas Friedman above comes from a talk he gave about many of the marvels of modern technology. At the beginning he says that you have “every bit of knowledge available to you” from Google. It’s a bit of an overstatement, but his point is essentially correct.

One particular effective use of Google is fact checking writers like Friedman, who make unsubstantiated claims. In Friedman’s case, it happens quite a bit. He has a habit of taking great sounding ideas and turning them into columns. But that doesn’t mean that he’s right. Often he leaves out critical information.

This week Friedman did this once again. In Something for Barack and Bibi to Talk About, he prefaces his main point with:

Given this situation, I can think of no better time for a good book about Israel — the real Israel, not the fantasy, do-no-wrong Israel peddled by its most besotted supporters or the do-no-right colonial monster portrayed by its most savage critics.

As one of Israel’s “besotted supporters,” it’s clear that Friedman is pretty close to the “Israel is the do-no-right colonial monster” crowd. The omission in his column here makes that clear.

The book about the “real Israel” that he cites, is Ari Shavit’s latest. Shavit is columnist for Ha’aretz. For Ha’aretz, he is a model of probity and self awareness. But that is setting the bar pretty low for those qualities.

So what is so essential for Barack and Bibi to talk about?

But this miracle also produced a nightmare. There was another people there when the Jews returned, who had their own aspirations: the Palestinian Arabs. In a brutally honest chapter entitled “Lydda, 1948,” Shavit reconstructs the story of how the population of this Palestinian Arab town, in the center of what was to become Israel, was expelled on July 13th in the 1948 war.

“By noon, a mass evacuation is under way,” writes Shavit. “By evening, tens of thousands of Palestinian Arabs leave Lydda in a long column, marching south past the Ben Shemen youth village and disappearing into the East. Zionism obliterates the city of Lydda. Lydda is our black box. In it lies the dark secret of Zionism. … If Zionism was to be, Lydda could not be.”

Shavit wrestles with this contradiction, arguing that it is vital for every Israeli and Zionist to acknowledge Lydda, to empathize with the Palestinians’ fate. “But Lydda does not make Zionism criminal,” he insisted in an interview. History has produced many flights of refugees — the Jewish refugees of Europe were one such wave. Israel absorbed those refugees. European countries absorbed theirs. For too long, the Arab world kept the Palestinians frozen in victimhood. “It is my moral duty as an Israeli to recognize Lydda and help the Palestinians to overcome it,” said Shavit, by helping them establish a Palestinian state that is ready to live in peace with Israel. But, ultimately, “it is the Palestinians’ responsibility to overcome the painful past, lean forward and not become addicted to victimhood.”

In other words, Israel is a “do no right colonial monster.” Clearly, what Friedman means about the importance of Shavit’s book is that Netanyahu should be more forthcoming and give the Palestinians everything that they demand to make peace, because, in truth, Israel is truly responsible for the Palestinians’ suffering.

However, the story of Lydda (now called Lod) is not so simple. The residents of Lydda were not summarily expelled. The expulsion was a response to a massacre of Israeli soldiers, after the town had agreed to terms of surrender.

Maurice Ostroff interviewed a soldier who fought in that battle:

Mike Isaacson, who now lives in Pretoria, South Africa, served as a Mahal volunteer in Dayan’s battalion. This is how he described his experience to me:

“On July 10 when the battalion attacked Lydda, the Arab leadership surrendered. Lydda’s leaders were told they could continue to live in peace, provided they surrendered their arms and accepted Israeli sovereignty. They agreed. “Leaving only a few soldiers as guards, the battalion left Lydda to return to Ben Shemen. However, when two Arab Legion armored cars appeared on the horizon the next day, giving the impression that Legion reinforcements were arriving, the Lydda Arabs reneged on their agreement. They didn’t give the Israeli soldiers in the town the choice of being expelled. They slaughtered them. “In the meantime, the battalion was surprised to find itself in Ramle sooner than intended. Instead of taking the road to Ben Shemen, the leading vehicle, driven by Jimmy Kantey, had in error turned towards Ramle at the crossroad…. “As a consequence of the massacre of the Israeli soldiers, the troops on returning to Lydda could not accept a fifth column in their midst and forced thousands of families out of the towns during the next three days.

Note too, why Lydda was so important strategically: 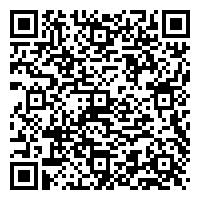