Israeli Police has recommended to the State Prosecution to indict two main suspects in what it termed a land purchase swindle in Judea and Samaria, Makor Rishon reported Friday.

The two attorneys, a Jew and an Arab, are suspected of using fraudulent means to transfer 15 parcels of land from private Arab ownership in Judea and Samaria to Israeli buyers.

The investigation was launched following an appeal to the Supreme Court by left-wing NGOs.

The parcels are located, among other places, in Migron, Ulpana Hill in Beit El, and in Givat Assaf, all of which are outposts or neighborhoods that were or still are in danger of evacuation due to legal issues.

Head of the Police Investigations and Intelligence division, Commissioner Manny Yitzhaki, in the past ordered the creation of a special investigation team to look into this issue, comprised of the Lahav 433 unit, in collaboration with the Judea and Samaria regional police. The investigation was carried out in collaboration with the IDF Coordination and Liaison Administration in Judea and Samaria, the Yahalom unit of the Tax Authority, and the Jerusalem District Attorney’s Office.

The investigators questioned the former Arab land owners, who claimed they had been misled to believe they were selling to Arab, rather than to Jewish buyers. They told investigators that had they known the lands were going to Jews they would not have sold them.

It should be noted that, in October 2014, Palestinian Authority Chairman Mahmoud Abbas toughened the penalty for PA residents selling their lands to Jews.

According to the official Palestinian Wafa news agency, Abbas imposed a sentence of hard labor for life on “anyone diverting, renting or selling land to an enemy state or one of its subjects.”

For that reason, and to protect Arab land owners from the wrath of local vigilantes who in the past murdered Arabs who sold land to Jews, it has been a common practice in these cases to allow the sellers to transfer their lands to an Arab straw man, who then transfers it to the actual buyer.

The notion that failing to disclose the ethnic identity of a buyer being grounds for charges against real estate attorneys is reminiscent of South Africa’s race laws, under which Blacks could never acquire land in white areas.

The investigation pointed to the two main suspects, a Jewish and an Arab real estate lawyers, both residents of Jerusalem, who allegedly used straw men and forged documents. Some of the land deals have already been concluded and paid in full, and some are still in negotiations, with partial payments already made.

The two suspects told police the Arab land owners were fully aware that they were selling to Israelis, and only after the sale became public knowledge did the Arabs start claiming that they’d been tricked—probably out of fear for their lives.

Commissioner Yitzhaki accepted the opinion of Lahav 433’s Commander Roni Ritman, that there is sufficient evidence to suspect that the suspects committed forgery and tax evasion. The court has issued a gag order on publishing the suspects’ identities, likely to protect them from revenge attacks by Arabs. 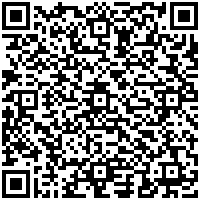