(Jerusalem) – Dozens of smiling pre-school and kindergarten youngsters filed into a revolutionary new inclusion class, which integrates both special needs and typical children in the same classroom environment. The opening of the inclusion class was attended by Mayor of Jerusalem Nir Barkat, who has championed the needs of special education since he took office nearly 8 years ago.

Housed in the new $55 million dollar Shalva National Children’s Center (built on 7 acres near Shaare Zedek Hospital), this class is part of the wider umbrella of ground breaking services for the special needs community in Jerusalem. The new state-of-the-art National Children’s Center is poised to become a global leader in providing unrivaled services to the Israeli community and serve as an innovative research facility for special needs children and teenagers alike.

Shalva has been the leading Israeli institution providing numerous programs to special needs children since it was founded by Canadian immigrant Kalman Samuels, along with his wife Malki in 1990. The land on which the campus was built was donated by the municipality.

Mayor Barkat lionized Mr. & Mrs. Samuels for this selfless dedication to the community. “Shalva was a jewel when it originally opened in Har Nof. Now, it’s a bigger and more expensive jewel, but it’s worth every shekel and every dollar invested in this place,” said Mayor Barkat.

“It’s overwhelming. After 10 years getting the land, working to get all the permits, all the challenges we faced, the battles we had to fight to build this center, the people that tried to stop us. It’s a complete miracle,” said Samuels, with tears welling up in his eyes, as the children and their parents filed into the building.

Sara Chana Wolff, the mother of Avraham, a five-year old special needs child who will be participating in the innovative educational program, was effusive in her praise of Shalva, “I just feel endless gratitude towards Shalva,” she said. “When they see that there is something else they can do to help the kids, they turn the world upside down to make it happen. It’s very humbling and inspiring when I look at what Shalva and the Samuels’ family has done for the community.”

For Gal Katzir, whose 3.5 year old son, Sahar, will be attending kindergarten classes with special needs children and helped cut the ribbon with Mayor Barkat, remarked, “We are so happy with our choice. We thought this would be a special opportunity for Sahar to get to know kids that are different from him. Also they have so many resources that aren’t in any other kindergarten that we know Sahar will benefit from. Sahar was just great on his first day, he didn’t cry or anything, he just said, ‘bye-bye mommy.’ I was the emotional one!” 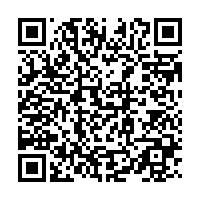