Last year, Ginette Heilbronn Moulin, chairwoman of the Galeries Lafayette in Paris, filed a criminal complaint against the Wildenstein family accusing them of knowing the location of Monet’s “Torrent de la Creuse,” which was looted by the Nazis and disappeared after the war.

According to the NY Times, the Wildensteins are accused of hoarding about 30 works thought to be missing or stolen, among other charges, and 85-years-old Moulin believes that her Monet may be among them, or that the family knows where it is.

The Wildensteins, five generations of art sellers, are denying knowledge of the painting’s whereabouts, however, Moulin noticed that the late Daniel Wildenstein’s “widely embraced inventories of Monet’s work” list her Monet as being in a private collection: an anonymous owner in the first reference and an unidentified American owner in 1996.

The Times contacted Guy Wildenstein, the billionaire who leads the family business from New York, who declined through his lawyers to comment, but insisted that the institute never hid missing works, saying “it simply lacked a full inventory of what was in its vault.”

Let the cops make up one for them… 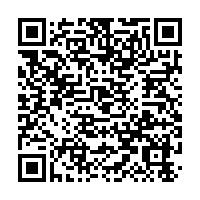