An Arab teenager who was rioting and posing a threat to the lives of IDF soldiers from the Egoz Reconnaissance Unit carrying out an operation in the Al Fawwar refugee camp southwest of Hebron was shot and killed, according to Arab media reports.

Muhammad Abu Hashhash, 17, was shot by the Israeli force during clashes inside the camp. At least 45 other rioting Arabs were injured, one seriously.

The Egoz Reconnaissance Unit operation is expected to last 24 hours. The IDF Spokesperson said Tuesday that the purpose of the operation is arrests of suspects, searching for weapons and issuing subpoenas for security interrogations.

The IDF Spokesperson added that the force ran into a mob that threw stones, firebombs and improvised explosives. At least four rioters were shot after the hurled cinder blocks at the soldiers. 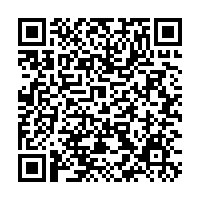