President Reuven Rivlin underlined in a speech to the Knesset late Monday afternoon that the connection between the Jewish People and the Temple Mount is “undeniable.”

The president made a special effort to address the attempt by radical Islamists to ignite a third intifada by local Muslims against Israelis, and thus destroy long-standing co-existence.

“The Jewish People and Israel are not at war with Islam,” the president stressed in his speech to the opening day of the Knesset’s winter session.

“The lie that we want to change the status quo at the Temple Mount is dangerous libel,” he said.

The northern branch of the Islamic Movement in Israel organization, an extremist Islamist group in Israel, is bent on the destruction of the state but is not yet outlawed.

The group has been inciting local Arabs for years against Jews and Israelis, and propagating lies about Israel’s intentions regarding the Temple Mount. 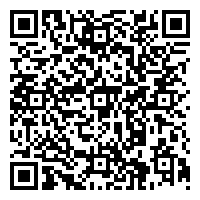