Arab terrorists hurled two paint-filled bottles at an Israeli bus traveling the road near the Jewish community of Tekoah late Monday night, on the eastern side of Gush Etzion in Judea, according to Hatzoloh emergency response service of Judea and Samaria.

Such an attack can be particularly deadly.


When a “paint bottle’ shatters upon impact as it strikes the vehicle, the paint splatters. Not only can the shattering glass injure the passengers and/or the driver — in addition to causing the driver to lose control of the vehicle — but the paint can cover the windshield and also windows, thus blinding the driver’s ability to see the road and other things around.

No information was available on whether any of the passengers were physically injured in the attack.

On the western side of Gush Etzion, Arab terrorists firebombed an Israeli public bus also Monday night as it traveled past the Al Fuwar junction near Kiryat Arba and Hebron. No word on the status of the vehicle, but no physical injuries reported among the passengers. 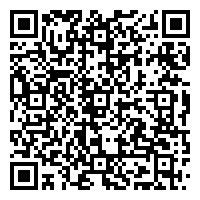