Israeli Bedouin in the northeastern Negev have apparently joined with Arabs around Israel in rock attacks against Israeli motorists.

Police subsequently were forced to close the road from the Shoqet Junction to the city of Arad in order to protect motorists.

Three Metropoline buses and several private vehicles were battered with large rocks hurled by Bedouin residents of the towns of Kuseifa and Hura, located along Route 31 between the Shoqet Junction and Arad.

The mayor of the community of Omer, located next to the Shoqet Junction and close to Be’er Sheva, told an interviewer on Army Radio Monday that community leaders decided temporarily to bar Bedouins from entering the community due to the security situation. 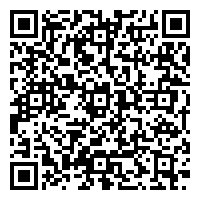