10:22 PM Walla reports that according to an IDF source, 3 rockets were launched. At this point they do not think it was Hamas who launched them.

10:16 pm No specific terrorist group in Gaza has yet claimed responsibility for the rockets.


9:55 PM Reminder from the IDF: If you hear the Red Alert siren or a rocket explosion, enter your bomb shelter and stay there for 10 minutes.

9:34 PM Rockets were launched from Beit Hanoun in Gaza.

9:30 PM (updated) First rocket landed near a town near Netivot and Sderot. The second rocket is believed to have fallen short and landed in Gaza, but that is not confirmed.

9:20 PM There is still confusion as to where the second rocket fell.

9:09 PM Channel 2 TV reports, 2 explosions near Merchavim region in the south. IDF on the way.

9:04pm As of this time, there are no reports of rocket landings in Southern Israel…or damage.. or Iron Dome…still waiting for confirmation.
Some unconfirmed reports of a muffled explosion. IDf is checking.

9:02 PM Not clear yet if the rockets are real, false alarms, or Hamas test rockets that came too close to Israel.

8:58pm Rocket alerts just went off along the Gaza border and central Negev.
A lot of alerts. 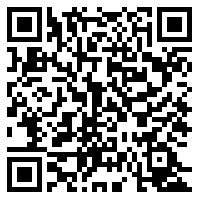