Residents of southern Israel were sent running to shelters Wednesday night when they heard the Red Alert air raid siren warning them of an incoming rocket attack in Gaza Belt region communities.

However, Israeli defense officials notified media within the hour that apparently the sirens that activated in numerous Gaza border communities had been triggered by mistake, and the alert was a “false alarm.”


Reportedly there were sounds of explosions on the other side of Israel’s southern border in the northern Sinai Peninsula, but it is not clear whether the two incidents were related. 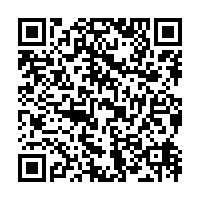