In an interview with Makor Rishon this week Rivlin said, “If we don’t attack [Iran], we will lose our deterrence with our enemies. If Israel keeps threatening and threatening, but in the end doesn’t act, it will place us in a bad strategic position.”

Rivlin continued, “Israel’s deterrence capabilities are a strategic asset that has no equivalent.”

Rivlin then went on to attack specific individuals, such as Kadima head Shaul Mofaz, and the various former intelligence chiefs, condemnibg what he believes is their need to comment in real-time on the Iran situation, because otherwise they won’t be considered “in.”

A life-long conservative and member of the Likud party, Rivlin ran for president in 2007 as the Likud candidate. He withdrew after the first round of voting when it became clear that Shimon Peres had sufficiently broad support to win in a run-off.

This week, Rivlin, who may still has his on eye on the presidency, attacked President Shimon Peres as well, saying, “It bothers me less what the president said this week, than what his friends say, that the president is planning to return to politics. I recommend he just stick to playing with the polls.”

“I suggest to each one of our politicians and leaders to do some soul-searching,” the Speaker said. “Even if it was necessary to saturate the world with these critical issues, even if they used it the right way, it seems to me that too much politics is mixed in, which is not good. Even if you don’t mean it, you have to understand that sometimes when politics is mixed you can go into a tailspin.”

“Today in our politics we don’t know what it is right and what is left,” Rivlin said. “We don’t know who is an ideologue and who is willing to buy an ideological line if it serves them publicly. I mean, are we leading the public or are we being led by the public. Do we hear first what the public wants and then construct our position, or vice versa.”

“In the end,” Rivlin warned, the situation has deteriorated to the point where we flounder over serious, existential questions affecting the State of Israel.”

During his earlier term as speaker, Rivlin drew criticism for breaking the tradition of political neutrality of his post—he was one of Ariel Sharon’s harshest critics over the expulsion of Jews from Gush Katif, and had a public confrontation with Aharon Barak, Chief Justice of the Supreme Court, concerning the court’s authority to declare legislation illegal. He has been re-elected to the post of speaker in 2006 and 2009.

In June of 2010, Rivlin ignored the advice of a committee that recommended the removal of Arab party Balad MK Haneen Zoabi for her participation in the Gaza flotilla earlier that year. He was criticized by many MKs—on the Right this time—while the Left praised Rivlin for his defense of Israel’s democracy. 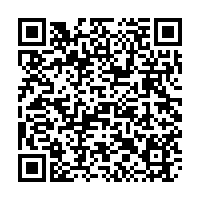