Russia has withdrawn all its military personnel from Syria and left its strategic Tartus naval center empty, because of the escalating security threat, Vedomosti reported Wednesday.

The business daily cited an anonymous source in the Russian defense ministry saying that there are no non-diplomatic Russian military or civilian personnel left in Syria.


Russia’s Deputy Foreign Minister Mikhail Bogdanov confirmed the evacuation story in an interview with Al-Hayat, published on in London on Friday.

“Today, the Russian defense ministry does not have a single person in Syria,” he said.

According to Bogdanov, the Tartus facility was never a real military base. “It is a technical facility for maintaining ships sailing in the Mediterranean,” he explained.

The Tartus facility, located in the Alawite coastal region, the power base of President Bashar al-Assad’s regime, was Russia’s only harbor outside the former Soviet Union. 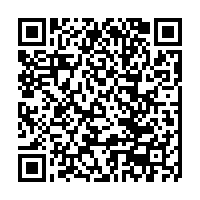