A judge in Saudi Arabia (the kingdom was recently elected to the UN Human Rights Council for a three-year term) has recommended that imprisoned blogger Raif Badawi, 30, go before a high court on a charge of apostasy, which carries the death penalty, Badawi’s wife told CNN.

In July, a criminal court found Badawi, in prison since June 2012, guilty of insulting Islam through his Free Saudi Liberals website and in television comments. He was sentenced to 600 lashes and seven years in prison. His lawyer appealed the decision. Now he might be bumped to the gallows.

According to Brian Whitaker, the offending articles on Badawi’s website included one about Valentine’s Day, which is banned in Saudi Arabia, and one suggesting that al-Imam Mohamed ibn Saud University had become “a den for terrorists.”

Whitaker cites a third article that mocked the religious police, joking sarcastically: “Congratulations to the Commission on the promotion of virtue, for teaching us virtue, and for its eagerness to ensure that all members of the Saudi public are among the people of paradise.”

Apparently, the religious police gets your humor, then they come pick you up.

Human rights groups accuse Saudi authorities of targeting activists through the courts and travel bans. And Amnesty International has said Badawi’s “is clear case of intimidation against him and others who seek to engage in open debates about the issues that Saudi Arabians face in their daily lives.”

Somebody should tell the ASA about this… 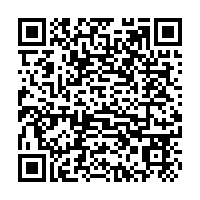