Scarlett Johansson is ending her relationship with the humanitarian group Oxfam International, for their criticism of her endorsement of SodaStream, an Israeli company that operates a factory in Judea and Samaria, AP reported.

A statement released by Johansson’s spokesman said the actress has “a fundamental difference of opinion” with Oxfam International because the group opposes all trade from Israeli settlements, saying they are illegal and deny Palestinian rights.


“Scarlett Johansson has respectfully decided to end her ambassador role with Oxfam after eight years,” the statement said.

This represents an annual income loss of about $100,000 for the humanitarian folks. In a sense, as one of the JewishPress.com readers has suggested, Scarlett BDSed Oxfam.

“She and Oxfam have a fundamental difference of opinion in regards to the boycott, divestment and sanctions movement. She is very proud of her accomplishments and fundraising efforts during her tenure with Oxfam,” the statement continued.

The actress, the first global brand ambassador of SodaStream International Ltd., will appear in a commercial for the do-it-yourself soda maker during the Super Bowl half time, February 2.

Last week, the Oxfam website announced it was “considering the implications of her new statement and what it means for Ms. Johansson’s role as an Oxfam global ambassador.”

Incidentally, Johansson said last week she was a “supporter of economic cooperation and social interaction between a democratic Israel and Palestine.” But that didn’t seem to leave an impression with the anti-Israel, pro-Palestinian crowd that kept pushing the organization to dump its biggest rainmaker.

Johansson has been supporting Oxfam International since 2004, becoming their global ambassador in 2007, both fundraising and promoting awareness of global poverty. She traveled to India, Sri Lanka and Kenya to highlight the impact of traumatic disasters and chronic poverty.

A spokesman for SodaStream in Israel told the JewishPress.com that the company is not planning to comment on Ms. Johansson’s decision. 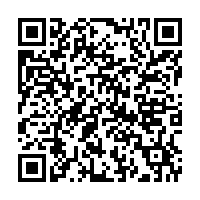