The search for Guma Aguiar, a Florida businessman and philanthropist who has given millions to Jewish nonprofit organizations, reportedly was called off.

Aguiar, the CEO of Leor Energy who lives in Fort Lauderdale, was last seen on the evening of June 19. His yacht washed ashore in Fort Lauderdale the following day, according to reports. His phone and wallet reportedly were found on the boat.


Aguiar’s mother, Ellen, asked the Broward County Circuit Court on June 21 to allow her to become the temporary guardian of Aguiar’s estate, which is valued at more than $100 million. The court filing came on the same day that the search for Guma Aguiar was called off, according to the Sun-Sentinel.

The court filing indicated that Aguiar could have been mentally deranged.

In 2009, Aguiar gave $8 million to the pro-aliyah group Nefesh B’Nefesh and $500,000 to March of the Living, which takes high school-aged Jews to Poland to see Holocaust sites. He also became a fixture of Israeli sports pages when he became the main sponsor of the Israeli Premier League soccer team Beitar Jerusalem.

While Aguiar, whose mother is Jewish, did not grow up with much of a Jewish background, he later returned to Judaism and has made large gifts to Jewish and Israeli causes. He made his fortune when he discovered huge natural gas reserves in Texas.

YOUR FACTS OR MINE? 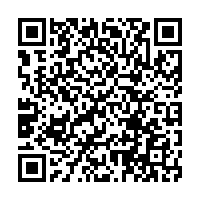