The bodies of a 14 year old son of Mohammed Deif and a 48 year old woman were pulled from the rubble of a six-story dwelling Wednesday, sources say.

Gazans continue to search the rubble for Deif, the ‘spiritual leader’ of the Izz a-Din al-Qassam military wing of Hamas, in the ruins of the former al-Dalou home in the Sheikh Radwan neighborhood of Gaza City.

Deif was meeting with two other top Hamas military commanders, one of whom was Mohamed Yassin, chief of Hamas operations, in the house when Israel Air Force fighter pilots destroyed it with bunker buster bombs in an air strike overnight Tuesday.

The body of 27-year-old Widad, Mohamed Deif’s second wife, and her 7-month-old son Ali, were recovered lateTuesday night following the attack on the home, which belonged t othe al-Dalou family. The building was pulverized into a “pile of dust, debris and twisted metal, and leaving a huge crater in the ground where the building once stood,” said witnesses quoted by the Bethlehem-based Ma’an news agency.

GOC Southern Command Maj.-Gen. Sami Turgeman warned heads of the regional council districts and government entities located near the Gaza border to “prepare for massive rocket fire” prior to the strike.

Deif survived four prior targeted assassination attempts over the years and it is not yet clear whether he survived the strike. He is considered the mastermind behind numerous suicide bombing plots in Israel, particularly during the second intifada (2000-2005) and is held personally responsible for the deaths of dozens of Israelis. 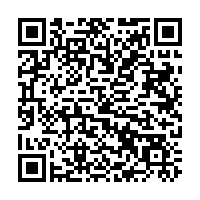