Congressman Juan Vargas, a centrist Democrat from California, is the second of the President’s party to come out publicly against the Iran Deal.

Vargas represents the 51st District of California, based in South San Diego county, which spans the entire California-Mexico border.


The parents of Cong. Vargas both immigrated to the United States from Mexico. The Congressman was raised on a chicken ranch. He attended the University of San Diego on a scholarship, and graduated from Harvard Law School in 1991.

On Thursday, July 30, Vargas announced his decision to vote against the Iran deal, in an op-ed which appeared in the San Diego Tribune.

Vargas opposes the nuclear deal made with Iran by the United States and its P5+1 partners because he believes it will fail to prevent the Islamic State of Iran from becoming a nuclear threshold state.

“The deal fails to dismantle Iran’s nuclear program. It fails to guarantee intrusive enough inspections to ensure that Iran does not cheat, and it fails to keep Iran from achieving nuclear-threshold status.”

Vargas explained that he believes the deal will spur a nuclear arms race in the Middle East, and that the $150 billion in sanctions relief Iran will receive is a payday which will do nothing to prevent it from continuing to be the world’s greatest sponsor of terrorism.

The California Democrat also quoted the leader of the terrorist group Hezbollah, who said about the deal, “Iran will become `richer and wealthier and will also become more influential. This will also reinforce the position of its allies.’” Vargas added, “thanks to Iranian generosity, this terrorist group has 100,000 rockets trained on Israeli cities and towns.”

Vargas is the second Congressional Democrat, following New York’s Rep. Grace Meng, to announce an intention to break with President Barak Obama and vote against the Iran deal. 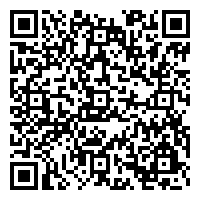