A tree fell through a dining hall at a Jewish summer camp in Northern California Wednesday morning, killing one adult and injuring 20 others, including four adults who were airlifted to a nearby hospital. No children were injured.

Cal Fire spokesman Daniel Berlant, posted on Twitter that emergency crews were responding to a “mass casualty” event on Wednesday at Camp Tawonga with 20 reported injuries. The camp is located near Yosemite National Park.


All children have been accounted for. Although none were injured, a tweet from CalFireNews stated, “children trapped after tree falls through dining hall at Camp Tawonga.” The fatality has not been identified and official reports said he or she is “missing.”

The tree smashed through the roof of a dining hall around 8:30 a.m. (PDT), and U.S. Forest Service park rangers worked several hours to to remove the tree. Two of the four who were airlifted were women, ages 20 and 21, who suffered minor injuries. The condition of the others is not known.

Two of the three injured  campers at the Goldman Union Camp Institute Reform Jewish summer camp near Indianapolis have been released from the hospital. 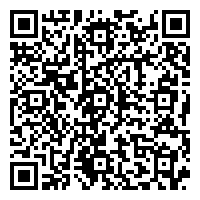