They asked “for information regarding media reports that U.S. taxpayer dollars are being used to fund efforts to influence upcoming elections in Israel.”


The Jewish Press reported here this week that non-profit and tax-exempt leftist groups  are campaigning to dump Netanyahu.

This administration’s relentless harassment of Israel is utterly incomprehensible. The Islamic Republic of Iran is pursuing the deadliest weapons on the planet, and there can be no doubt that their first target will be Israel, followed by the United States. This administration should be focusing its animosity on the very real enemies we face, not on our staunch allies.

Zeldin added, “It is completely unacceptable to use U.S. tax dollars to influence the elections in Israel. State Department grants should never be given to entities working to overthrow strong allies like Israeli Prime Minister Benjamin Netanyahu. We have great allies around the world, but Israel is our strongest, and a beacon of freedom in a region filled with radical Islamic extremists and state sponsored terrorism. Today, I join with Sen. Ted Cruz in calling for a U.S. Department of State investigation into this important matter.”

— How much funding has the U.S. Government provided to OneVoice, PeaceWorks Network Foundation, and any connected initiatives, projects or subsidiaries?

— Who approved providing such funds?

—What is the oversight and accounting process for how these funds are being spent?

— How often and on what dates has such funding been provided?

— What were the specific reasons and terms for providing funds, and how are these funds specifically being spent?

— Can the Department of State guarantee that none of these funds have been or will be used in the endeavor detailed above, namely the partnership with V15, or any similar effort to exert undue influence over the Israeli political process?

— Was there any knowledge from the State Department or other U.S. government officials of the partnership with V15 prior to providing funds to OneVoice?

— Does OneVoice’s work with V15 violate its 501(c)(3) status (or the status of the PeaceWorks Network Foundation) as a tax-exempt organization and should such status be revoked?

In the letter, Cruz and Zeldin wrote, “Of course private American citizens are free to engage in political activities according to their inclinations, but given the overtly partisan nature of this particular case, we are deeply concerned by the relationship that also exists between OneVoice and the U.S.”

Are We There Yet? 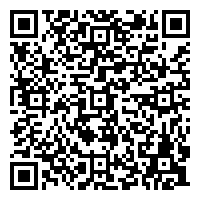