The Shabak on Wednesday released a statement that it has arrested members of a so called “Jewish terror cell,” including at least six individuals who carried out attacks against Arabs during the second half of 2015.


It should be noted that several thousand Arabs were involved in various levels of attacks on Jews at the same time period.

All the alleged attacks took place in the Talmonim bloc, northwest of Ramallah. Most of the suspects are residents of the community of Nahliel.

The Shabak statement said that the suspects confessed to the allegations and that reenactments of the incidents “revealed an extremist violent organization that was fully aware of the possibility that their acts may have killed people. The arrests prevented further attacks.”

The Honenu legal aid society issued a response saying the suspects have not been allowed to meet with an attorney for more than ten days and that they may have given false confessions.

“Most of the offenses discussed in this case did not involve casualties and are no more than quarrels [between neighbors],” responded attorney Aaron Rosa, who is representing some of the suspects. “This system of preventing a suspect from meeting with his lawyer in every security-related investigation is wrong. This may result in false confessions and is a disaster for democracy.”

The Shabak claimed that the “cell” was responsible for an attack in November, 2015, in which firebombs were thrown into a Palestinian family’s home in the village of al-Mazraa al-Qabaliya. The firebomb hit a window without entering the building and did not result in casualties. The phrases “death to Arabs” and “revenge” were sprayed in Hebrew graffiti on the building.

According to the Shabak, the cell also attacked the village of Beitillu in December, 2015. Smoke bombs were thrown into a house inside which a family was sleeping. Hebrew graffiti, including the Hebrew word for “revenge” (Nekama) was sprayed on the building. No one was injured.

Additionally, the “cell” allegedly set fire to several Arab owned cars and attacked a farmer with sticks and tear gas.

The suspects are Itamar Ben Aharon, 20, Michael Kaplan, 22, Pinhas Shandorfi, 19, who is a soldier, and two minors. They face indictment in the coming days. 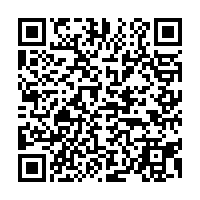