Like all administrative detentions, the orders against this youth do not mention any charges pending against him, or even any specific suspicions. The reason for the severe limits on his civil rights is stated as: “To secure state security, public peace, and maintaining public order.”


Israeli citizens could probably observe on Monday to see if any of the above conditions have improved following these orders, which were issued on the recommendations of the Jewish section of the secret police.

Administrative detentions have been the modus operandi of outgoing Defense Minister Moshe Ya’alon, who used them generously in place of thorough police investigation. His reign will be remembered, among other things, for the torture interrogations of Jewish suspects for long weeks without access to an attorney or their families. Considering Ya’alon’s repeated concern for Israel’s democracy, it’s evident he probably did not complete the entire course on this subject.

Honenu’s statement included the organization’s hope that “the new defense minister will learn this subject during his grace period, and maybe succeed in stopping the values that have already been falling down this slippery slope.”

Meanwhile, it is unclear whether Meir Ettinger, the grandson of the late Rabbi Meir Kahane, will be released from his ten months of administrative detention, imposed by Ya’alon last August. 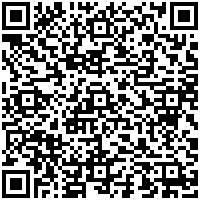