The Israel Security Agency reports 11 people died and 80 were wounded last month in the Arab wave of terror against Israel.

Data released in a report by the Shin Bet shows there were 609 attacks by Arabs against Israelis in October alone.

The attacks in Jerusalem, Judea and Samaria included 36 stabbings, 23 shootings, 57 attacks with a makeshift bomb, three vehicle terror attacks, one exploding gas canister and a whopping 382 firebombings (with Molotov cocktails).

One of the murder victims was not Israeli, according to the report, which was published Wednesday.

Of those wounded, 26 were listed in serious or critical condition. Four of the dead were murdered by gunfire, five in shoot-and-stab attacks carried out in Jerusalem, and one who died in a vehicle terror attack.

According to the report, four attacks were carried out by Jews as well: two firebombings aimed at Arab vehicles and two stabbing attacks. 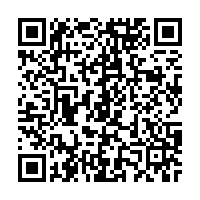