IDF forces arrested six wanted terrorists overnight Thursday in Judea and Samaria. Five of the detainees are suspected of involvement in terror and violence, both against Israeli civilians and security forces.

One of the detainee was a Hamas operative residing in Tulkarem.


All six were taken to an interrogation facility.

Also overnight Thursday, shots were fired from a light firearm at a Border Guard vehicle in the village of Qabatiya near Jenin in Samaria. One officer was injured and was evacuated to hospital. The terrorists also shot an IED at the officers causing a second officer light injuries.

On Wednesday night IDF forces detained at least 26 Arabs from Judea, Samaria and eastern Jerusalem, out of whom 14 were released shortly afterwards and banned from entering the Temple Mount. According to the Palestinian Prisoner’s Society (PPS), 17 Arabs were detained in eastern Jerusalem, including Muhammad Shuyukhi, the twin brother of Ali Shuyukhi, who was killed on Tuesday night by IDF and police during clashes in the eastern Jerusalem mixed neighborhood of Silwan (see picture above). 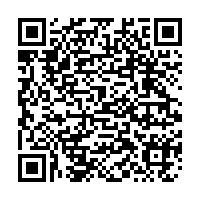