Minister Silvan Shalom, on Reshet Bet’s Yoman HaBoker with Aryeh Golan, criticized the US administration this morning, saying that Israel won’t be able to trust the US to broker any future agreements.

Shalom told Golan that according to the Oslo Accords, signed on September 13, 1993, and sponsored by the White House together with President Bill Clinton, no side is allowed to make unilateral steps that violate the agreement.


And now, the US, “instead of censuring or threatening the Palestinian Authority for its unilateral moves [at the UN] that are in complete breach of their obligations per the Oslo Accords, the US is saying it will give the PA backup for their unilateral steps!”

Golan pointed out that the US said they are “reassessing”.

Silvan responded, the US is telling Israel, that Israel “should not sign any agreements in the future [with the PA], because every treaty is in danger of being breached.”

Silvan clarified this further stating the US is apparently telling Israel that “every agreement signed with the Palestinians, even agreements sponsored and backed by the US, in the end won’t receive the US’s backup and support – even after they sponsored it! It’s inconceivable.”

Silvan Shalom made it clear that any imposed settlement between Israel and Palestinians won’t work, and the only option is negotiations.

President Obama is angry at PM Netanyahu, after Netanyahu said that current conditions will not allow for the creation of a Palestinian State. Netanyahu was referring to both the internal conditions of the Palestinian Authority and the external realities of the region. 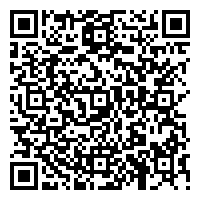