The age and number of Arab attackers committed to jihad is beginning to raise questions about how important it is to protect every single child in Israel, regardless of how many students there are in a classroom.

The wave of terror currently washing over Israel has begun to feature more Arab teens as the weeks pass, and the wannabe attackers seem to be getting younger.


In some respects it is easier for a security officer to disarm a younger attacker, particularly if they are armed only with knives and kitchen utensils.

But what if there is no security guard available to protect the population from harm?

Barely a week after the Tel Aviv terrorist finally ended his days in a fiery shootout with police in his home village, an uninvited Arab worker walked into a Jewish school building.

“The staff … were in a panic,” related a source in the neighborhood who spoke on condition of anonymity. “They locked the doors to the temporary rooms with the children inside, hollering all together for help.

“As Heaven decreed, the Arab worker left the premises and the incident ended without harm to anyone. But since then we have been trying to find a way to bring a guard to the building,” the source said.

In this case, there are “only” 50 such students.

The school received a reply from Yigal Avraham at the Bnei Brak Municipality, who explained the law in a letter to the school.

“In a tour of the school premises together with the head of the security department, Mr. Yona Yitzhak, we saw there are only 50 students learning in the elementary school section of the institution, outside of the kindergarten area,” wrote Avraham.

He went on to explain “the criteria for receiving a security guard is determined solely by Israel Police and is restricted to those schools comprised of 100 or more students not including kindergartens.

“These are the rules set by the police in accordance with the decisions made by the government, or alternatively, under the specific guidance of the mayor with a special budget – and we have nothing with which to help in this regard, even with all the tragedies and all our good wishes!”

The spokesperson for Israel Police could not be reached for comment.

A Jewish school in Arad has also faced similar challenges in past years. The school’s elementary population recently grew to more than 100, and its preschool classrooms adjoin the building. “Because our kindergartens adjoin the elementary building, they also can benefit from having the security guard,” said a parent in the Arad community.

But that only works if the elementary school population has grown to more than 100. Such a solution is of little use to schools that are in the beginning years of their development. Nursery schools, daycare centers or kindergartens where there may be nearly 100 small children are also left without protection in the current environment under government regulations.

This means that literally thousands of the smallest, most vulnerable children in Israel are at the highest risk. 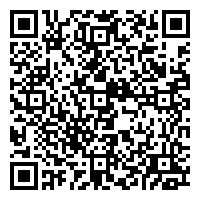