Hassan Rohani won outright majority of the votes and was declared President-elect of the Islamic Republic of Iran, IRNA reported.

Just under 37 million Iranians voted in Friday’s elections, out of some 50 million eligible voters—close to a 75 percent turnout—with about one million votes disqualified. Hassan Rohani won 18,613,629 votes, or just around 51 percent, which means there won’t be a runoff election.


According to a Reuters reporter stationed in Dubai, it appears the elections were surprisingly free and fair – of course, after a very large number of candidates had been shaved off the ballots by the ruling ayatollahs before the vote began.

The British Foreign Office said in a statement that it hoped President Elect Rohani would use his victory to engage with international concerns over Iran’s nuclear program.

“We note the announcement that Hassan Rouhani has won the Iranian presidential elections,” the statement said. “We call on him to use the opportunity to set Iran on a different course for the future: addressing international concerns about Iran’s nuclear programme, taking forward a constructive relationship with the international community, and improving the political and human rights situation for the people of Iran.”

Rouhani was secretary of the Supreme National Security Council for 16 years. His career at the Council began under President Hashemi Rafsanjani and continued under his successor, President Khatami. He served as Iran’s top nuclear negotiator from October, 2003 to August, 2005. That period began with international revelations about Iran’s nuclear energy program and adoption of a strongly-worded resolution by the International Atomic Energy Agency (IAEA).

Rouhani and his team based their efforts on dialogue and confidence building. They managed to prevent further accusations against Iran, by suspending some parts of Iran’s nuclear activities voluntarily. While preventing Iran’s case from being reported to the UN Security Council, Iran still succeeded in completing its nuclear fuel cycle. But Rouhani was not liked by incoming president Mahmoud Ahmadinejad as president, who made him resign from his post as secretary of the Supreme National Security Council after 16 years of leading it.

Just based on his public record, it is clear that the historic differences between Rouhani and his predecessor Ahmadinejad have never been over substance – they both insist on Iran’s right to a fully developed nuclear program, both for peaceful and ends as for weapons production. Rouhani is simply more patient and better at duplicity.

This could mean a change for the worse in terms of Israel’s worries about the Iranian bomb, because Rouhani could turn out to be a lot more accommodating to the European and American negotiators, which would isolate Israel in its hawkish position against Iran’s nuclear program.

Rouhani is known as a friend of Iran’s Green Movement, but he also enjoys close ties to Iran’s ruling ayatollahs.

According to Reuters, Iranian voters gave Rouhani what amounted to a landslide victory – 51 percent in a very crowded race, because they are weary of years of economic isolation and tightening political restrictions. They’ve greeted his victory with a mix of euphoria and relief that eight years under hardliner Mahmoud Ahmadinejad were finally over.

But, clearly, Israel is not about to let down its guard. 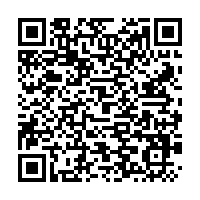