A house in south Tel Aviv was struck Wednesday morning by shrapnel falling from an interception by the Iron Dome anti-missile defense system.

At least four missiles were intercepted in the Gush Dan region when Hamas terrorists fired a missile barrage at central Israel at about 9:20 am.


The “gift from Gaza,” as one of the occupants of the Tel Aviv household put it, slammed into the couple’s living room, dropping straight through the roof. “It had this burning smell,” he added.

Last week, Israelis in south Tel Aviv made a habit of looking up at the sky to watch the rockets fired from Gaza as they were being intercepted by the Iron Dome over Tel Aviv. One missile landed near a gas station in south Tel Aviv, but it didn’t stop most of the rest of the neighborhood from watching the trajectory until it became clear it was heading directly for them. Home Front Command and Israel Police officials are repeatedly warning curious Israelis not to touch any shrapnel they encounter after Iron Dome interceptions.

Such items may still be coated with explosives or other poisonous material, and often are sharp or deadly in other ways. 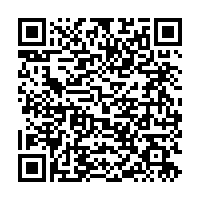