Welcome once again to the Monday, November 4, 2013 edition of the popular sitcom we call “State Dept. Daily Press Briefing.” This morning the woman behind the podium is Deputy Spokesperson Marie Harf, who looks a lot like Bernadette Rostenkowski-Wolowitz—Howard’s wife, from The Big bang Theory. Shhh… We’re starting…

First question right off the bat: Ha’aretz and Israel’s Army Radio are reporting that, should the current negotiations fail, the U.S. is planning to present a plan for an agreement over a permanent status between Israel and the Palestinians. Also, the reports make it sound like the U.S. is moving from a role of being a facilitator or observer now to an arbitrator and a full participant in the talks, most likely on the Palestinian side. Any truth to those rumors (which Israeli chief negotiator Tzipi Livni was very busy denying all day long Monday)?

Harf: “I think what we’ve always said is that these are direct talks between the two sides and that we are playing a facilitation role when it’s appropriate. That means we’re in some meetings; we’re not in some meetings. There’s a lot of misinformation out there about the process and reports about what the U.S. may do in the future.”

Actually, according to Israel Radio, there are no longer meetings in which the U.S. is not participating, at least in part. They talk a few hours, then Martin Indyk comes in at some point and the two teams report to him.

What, you thought the Administration was leaving these talks up to the two sides? What is this, a Bush White House?

Harf: “…I know there are a lot of rumors out there about what is or isn’t happening. The two parties are still engaged in the process… They both committed to a nine-month process. We have a little more time to go here until next year – I think it’s the end of March that would be the end of the nine months.”

You heard what I heard, right? There’s a charade and we’re going to keep it up until it runs out in March. Then we’ll do something else.

The rumors on Monday suggested the U.S. was planning an intervention in January, not March.

Harf: “…I think these are all just wild speculation and rumor that is just not borne out by the facts that – going on the ground right now.”

Question: So would you say that actually the talks are making the progress that they should have?

Harf: “I think I would say that the talks are making progress. The two sides are engaged in negotiations. They’ve committed to a nine-month timeframe. Obviously, we’re not going to outline the specific outcomes that are coming out of each of these rounds of talks, but they remain committed to the process. We’ve seen each side take positive steps towards that end.”

Question: Three months have passed, how do you measure progress? How are we to know that there’s actually some progress on the ground and these guys will end up at the end of the nine months with something that is tangible, something that they can point to as a success?

Harf: “Well, that’s certainly the goal. And I think you’ve heard the Secretary speak to it a little bit, that while we won’t read out … substantive discussions that are happening between the two parties, the fact that they continue to happen and move forward and that we do see some signs of progress is a good thing.”

Now, Secretary Kerry has rushed over to Israel to force the two sides back into the room after the Palestinians had walked out in protest of the announcement of some 1,800 new housing units in Judea, Samaria and east Jerusalem. Is that not the case?

Remember the joke about how you can tell when the police chief is lying? watch him on television, and if his lips are moving, it means he’s lying. Boy were Harf’s lips in motion:

Harf: Well, as you know, the Secretary likes to be personally engaged in this issue. We’ve all, I think, been on trips with him where he has been. It’s certainly not a sign that there’s problems. He – when he has the opportunity to get on the ground and talk to the parties directly himself, he thinks that’s important to do. Obviously, our team there is engaged as well. 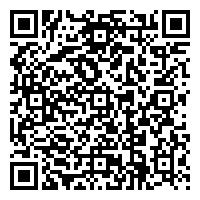