Moved by his experience, Steinberg made Aliyah and joined the IDF’s prestigious Golani Brigade where he served as a sharpshooter. He fell in battle in July 2014 while serving with the IDF during Operation Protective Edge.

“Max was a hero, he is my hero because he followed his dreams and he lived his life to its fullest, said Gidi Mark, International CEO of Birthright Israel. “I’m sure that this place and the thousands of Birthright Israel participants who will experience it will keep Max’s name and legacy alive for many years to come.”

In addition to the launch of the Max Steinberg Memorial Fund, the dedication service marked the start of a restoration project of the Arbel ancient synagogue, to be led by Birthright Israel and the Foundation.

Upon completion of the site’s restoration, Birthright Israel groups will be able to gather at Mount Arbel for celebratory occasions including b’nai mitzvah and Hebrew naming ceremonies, and learn about his legacy. The Max Steinberg Memorial Fund will be designated to encourage and support participation of Lone Soldiers on Birthright Israel’s Mifgash.

“Max’s legacy is really an inspiration to us all. Through Birthright Israel, he fell in love with our homeland and became an active citizen of the State of Israel. We are grateful for not only his service, but his dedication and the legacy he leaves behind for all of us,” said Birthright Israel Foundation President, David Fisher. 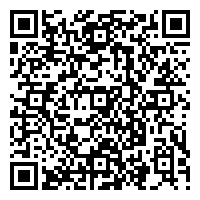