Stone-throwing can be deadly and with the decision of Sunday morning’s government cabinet meeting, will carry a heavy penalty for the perpetrator both in prison and in fines.

Until the present wave of terror, those who engaged in such attacks were nearly always Palestinian Arabs intent on the murder of Israeli Jews.

On Saturday night several Jews were arrested in Kiryat Arba after they were caught throwing stones at Palestinian Arabs.

On Sunday afternoon, Jerusalem district police received a call from an Arab man who works at a Jaffa Street store in the downtown area. The man reported that he was being attacked with pepper spray by a group of young Jewish women, and described the attackers.

Officers who arrived on the scene detained three suspects for questioning following a search of the area.

“The police call upon the public to act responsibly,” Jerusalem District Police said in a statement released subsequently. “The police will act with zero tolerance toward any violent incident or any attempt to harm public safety.” 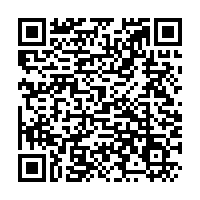