The rally taking place in New York City’s Times Square on Wednesday, July 22, is being called ‘the Civil Rights fight for American Jewry,’ by at least one of the organizers.

Thousands are expected to show up to hear the more than a dozen headliners explain in detail why the nuclear program deal agreed to by the P5+1, led by the U.S. negotiators, and the Islamic Republic of Iran is a dangerously bad one that must be stopped. Buses are bringing people in from Philadelphia and Delaware, and people from as far away as Chicago have committed to coming.


The JewishPress.com spoke with several of the key organizers of the rally, in order to learn what they hope to achieve from the event, and why they devoted so many hours of their lives to make it happen.

Of the three, Singer has a very personal reason for throwing her all into helping to organize a massive rally in an effort to thwart Iran’s efforts to continue its reign as the number one global supporter of terrorism.

VICTIM OF IRANIAN-SPONSORED TERRORISM IS ONE OF THE ORGANIZERS

Twelve years ago last month, Singer was in Israel. On June 11, 2003, Singer was riding on the number 14 bus in Jerusalem. An 18-year old Palestinian Arab boarded the bus, and soon after, he self-detonated. One hundred people were injured, 16 were murdered. Every one of the people sitting around Singer died. Hamas claimed responsibility for the bombing, and Iran is the funding source for Hamas.

That day in June, a dozen years ago, changed Singer’s life. She founded and runs Strength to Strength, an organization that helps victims of terrorism around the world deal with their trauma, and brings them together so that they can help support each other.

But on this fight, for this rally, Singer is working with an ad hoc group of activists. As a survivor of Iranian-funded terrorism, Singer sees herself as naturally someone for whom this fight is worth the countless hours and conference calls and logistics.

“But I’m amazed that there are so many others who are so dedicated to fighting this evil.

“There is no other way for me to live my life,” Singer continued. “And all the speakers, all these experts who will be at the rally, they provide a voice for all of us.”

Jeff Wiesenfeld also finds it quite natural to be at the forefront of the rally to Stop Iran Now! Wiesenfeld doesn’t mince words when it comes to discussing others who are not yet doing all they can do.

Wiesenfeld spoke on the phone to the JewishPress.com in a hoarse voice Monday afternoon. He has spent many hours in meetings and making telephone calls, cajoling, wheedling, encouraging and demanding that others work as hard as he does to ensure the enormous undertaking runs as smoothly as possible, and includes the broadest possible spectrum of experts and orators.

“I know everyone of the speakers has a very specific point to make, a point about which they are experts in the field,” Wiesenfeld rasped. “These speakers reflect a broad spectrum of society, not just concerned Jews, but people who can intelligently speak to the horrific flaws in this deal.” 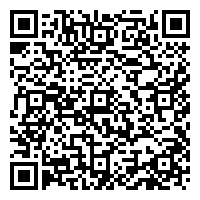