Menachem Stark ZL was followed for as long as two weeks by his attackers, one of whom waited for him on the street for several hours before the abduction, a police source told the NY Post.

“He was definitely casing the guy,” the source said.


Newly released close circuit TV footage shows the attacker, wearing jeans and sneakers, parking the white Dodge Caravan with Ohio license plates that was later used in the kidnapping in front of 315 Rutledge St., down the block from Stark’s office, at a little before 5 PM on Thursday, Jan. 2.

According to the Post, Stark’s widow has told police she had seen a minivan matching the above description parked near her home a week before her husband was abducted.

Stark was attacked, tied up with duct-tape and thrown into the van by two men around 11:30 PM Thursday.

The attacker can be seen on the tape leaving the van and walking to the corner of Broadway and Rutledge, right outside Stark’s office, before turning a corner and disappearing. From the image that has been released, however, it appears next to impossible to determine his identity.

Meanwhile, it has been reported on Wednesday that the Stark family increased the reward for information on the murder to $72,000.

According to the police source speaking to the Post, Stark’s partner, Israel Perlmutter, told investigators that he and Stark owed more than $1 million to a loan shark. 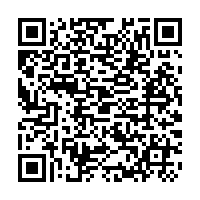