Sweden’s incoming prime minister Stefan Löfven announced to his cabinet on Friday, Oct. 3, that the Scandinavian country is about to become the first nation to officially recognize the state of ‘Palestine.’

In his inaugural speech to the Swedish parliament, Löfven insisted that the only way to end the conflict is for there to be a two-state solution. Bizarrely, he insisted that the solution had to be “negotiated in accordance with international law,” and “requires mutual recognition and a will to peaceful co-existence.” And with that, he announced, “Sweden will therefore recognize the state of Palestine.”

Not sure what magic wand he was waving (or magic mushrooms he was chewing) when Löfven concluded that Sweden’s recognition of a ‘Palestinian State’ was the equivalent of international law or would result in the necessary “mutual recognition and will to peaceful co-existence.”

The United Nations General Assembly voted to approve the recognition of ‘Palestine’ as a sovereign state in 2012, but the European Union and most EU countries have not yet given their official recognition.

“We like this news so much. This is what we have been fighting for. Our religious festival Eid starts tomorrow and we consider this as a present for all Palestinians.”

“Sweden has great respect in Europe so we hope this means that other nations will follow its lead,” he added. “This is the only way to pressure Israel.”

Phil Carmel from the European Jewish Congress which represents Jews in 40 countries including Sweden told The Local:”This is a token move by Sweden’s new government and it is ironic that Sweden recognizes a Palestinian state at a time when even Palestinians can’t agree on what its borders will be.”

He added: “A key principle of the European Union is to recognize future states based on negotiations and it is very sad that Sweden appears to have cast these negotiations aside and wants to label Palestine as a state before any formal agreement on its borders.”

Tundra Tabloids, a pro-Israel media site based in Finland, described Sweden’s decision as one made by “the Marxist-led Swedish government.”  It vowed to refer to the Swedish government from here on as “the radical Marxist regime.”

This past July in Malmo, a city in Sweden, a man was badly beaten by a Swedish mob for flying an Israeli flag outside his window. The man was assaulted with metal bars after a stone was smashed through the window of his home.

In August of this past summer, a Jewish woman in the Swedish town of Upsalla was badly beaten for wearing a Star of David necklace. 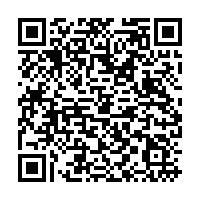