Not everyone condemned the lynch by Israeli Druze on an IDF ambulance bearing Syrian wounded in the Golan Heights on Monday night, the second such attack in fewer than 24 hours.

Syrian state media was filled with praise for the attack, lauding Druze villagers from Majdal Shams who killed one of the two wounded Syrians in the ambulance. The injuries of the second were worsened to a critical level.

Both were believed to have been rebels fighting against the regime of President Bashar al-Assad. But they are also suspected to be members of the Al Qaeda-linked Jabhat al-Nusra (Al Nusra Front) terrorist organization.

But Israel has made it clear it intervenes only in humanitarian cases. Terrorists from Jabhat al-Nusra and Da’esh (ISIS) are not allowed to receive medical treatment in the Jewish State.

Nevertheless, the villagers of Majdal Shams were seen celebrating Monday night after the lynching – dancing with joyous chants and waving flags, according to Israel’s Channel 2 News. The resulting late-night traffic jam and blasting music was filmed by the Karmel website, which posted a brief slice of the footage on YouTube.

Many Israeli Druze have immediate family living across the northern border in Syria, about whom they are desperately worried.

They have repeatedly expressed their concern for the welfare of their families and have stated their willingness to cross that border to protect their loved ones.

A recent massacre of Druze in Syria by radical Islamists became the “red line” for many in the Israeli Druze community, in fact, and has gone far in whipping up passions against jihadists. 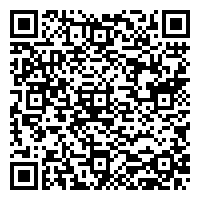