Did you believe the Third Temple will miraculously fall down from heaven, somehow alleviating the Jewish people of their Biblical requirement to build it?

For the last three decades the Temple Institute in Jerusalem has focused on research and preparation for the Third Holy Temple. Now a newly released video series titled “Holy Temple Myth Busters” shares some of its most complex research in easy to understand episodes that destroy ancient myths and pre-conceived notions pertaining to the religious requirements to re-build the Third Holy Temple.

In the first video in this series, Rabbi Chaim Richman, a co-founder of the organization and its International Director, takes viewers on a seven-minute visual journey through the ages that blows this myth out of the water with many religious sources and historical precedents.

It turns out that the notion that the re-building of the Holy Temple is the sole responsibility of the Jewish people is the bedrock on which the Temple Institute was established, however these arguments have never been presented to the masses in such an erudite fashion in English and will likely be seen as controversial, making waves within the Orthodox Jewish world.

Rabbi Chaim Richman said in a statement: “The Holy Temple has become one of the most over-mystified concepts within Judaism. While Torah scholars and yeshiva students diligently strive to understand every minutia of Torah knowledge, they seem to have relegated the Holy Temple to the world of the paranormal. Many prefer to ignore the subject entirely, despite the fact that fully one-third of the Torah pertains to the Holy Temple, and clear instructions for its preparation and building are written in black and white.”

“While nobody in their right mind looks to the sky on the eve of Sukkot awaiting the miraculous descent of their Sukkah from the heavens, somehow this has become a widely held view of the arrival of the Third Holy Temple,” Richman continued. “This is why we have taken decades of research and presented it in a light and easy to understand seven-minute video that will rock the very foundations of the notion that the Holy Temple is beyond our human reach.” 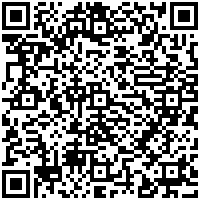