Dozens of masked Arab rioters locked themselves inside the Al Aqsa mosque on the Temple Mount Wednesday morning after they injured at least four policemen with firebombs, cement blocks and large rocks during visits by Jews and foreign tourists to the holy site.

One of the firebombs was hurled from within the mosque. At least one of the policemen was directly hit by a Molotov cocktail, which struck his protective gear. The bottle exploded but did not ignite.


Policemen were treated at the scene for light injuries, and several Arabs reportedly were hurt in the violence that continued at least until noon.

Unlike previous riots, the police did not bar Jews and tourists from continuing to visit the Temple Mount compound.

Police said they will “continue to take action to show zero tolerance in the face of any attempt to disturb the peace and will act to arrest rioters and bring them to trial.”

The tough stand comes after years of escalating violence by Arabs to keep Jews off of the Temple Mount site.

Arabs blocked the entrance to the Al Aqsa mosque with marble slabs, ropes and anything else that does not move, and then even poured inflammable liquid on the barricade, which police succeeded in removing.

Police are not entering the mosque, the Muslims’ holiest site in Jerusalem, in order not to provoke further violence.

Muslim clerics and Palestinian Authority leaders continues to accuse Israel of trying to cause the collapse of the Al Aqsa mosque by digging tunnels underneath, and media in the Arab world repeatedly report that Jews “storm” or “invade” the Temple Mount as part of a secret plan to build the Third Temple.

Israel this week unveiled a project for a new gate that would allow Jews to visit the Temple Mount site. PLO executive committee member Hanan Ashrawi charged Israel with “insulting” the Arab Muslim world by proposing the new entrance and added, “Israel is creating a new reality at the expense of Palestinians, their religious rights, sites, and historical identity.”

She did not explain what “religious rights” are being violated by Israel, unless one of those rights is to try to kill Jews.

One of the favorite Palestinian Authority Arab world campaigns in recent years has been to claim that the First and Second Temples never existed and that there is no Jewish connection with the Temple Mount.

Even more ridiculous is that millions of Muslims, and non-Muslims, believe it.

2:15pm Update: Jewish visitors report that the Temple Mount was closed for them this afternoon. 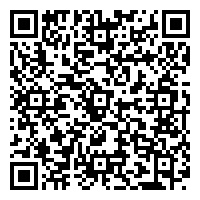