Israeli police shot two Arab terrorists in their car outside the Old City of Jerusalem Wednesday morning, on Tsanchanim Street, near Kikar Tzahal.

According to police, the terrorists in the car began shooting at people and passing cars. The police returned fire.


Both terrorists are now dead. The second one died in the hospital.

Two rifles were found in their car.

One 50-year-old civilian was taken to the hospital with gunshot wounds. He is seriously wounded.

The car matched the description of the vehicle that had carried out an attack just half an hour earlier in the Jerusalem neighborhood of Ramot.

Passengers on the bus in Ramot were told to “duck” and to lay down on the floor” when gunshots slammed into a bus earlier in the morning.

One civilian in a nearby car managed to stop and get a shot off at the terrorists.

A scarf identified with an extremist Islamic movement was found in the car that was used by terrorists in the shooting attack on Hatsankhanim Street in Jerusalem. 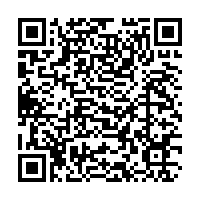