Three IDF soldiers from the Kefir Brigade were injured Tuesday evening in a terrorist ramming attack at HaParsa Junction. The site is located near the Jewish community of Dolev in the Binyamin region, 14 kilometers north of Jerusalem and three kilometers west of Ramallah.

One soldier is in his 20s and is in serious condition with injuries to several vital organs, according to a spokesperson for Magen David Adom (MDA) emergency medical response service. He was evacuated by helicopter to Sheba Hospital at Tel HaShomer Medical Center.


Dr. Yoram Klein at the Trauma Unit of Tel HaShomer, later said in a statement the soldier will require “extensive treatment and his life is in danger. We hope we will be able to stablize him in the coming days.”

Two other soldiers, ages 21 and 22, were taken in fair condition to Hadassah Ein Kerem Medical Center, said a MDA spokesperson.

The attacker used a van to run over the soldiers, who were conducting unannounced security checks of drivers at the entrance to the Arab village of Ein Erik.

The terrorist was identified on the Hebrew-language Ynet website as 36-year-old Ahmed Shahada, a resident of Qalandiya who was living temporarily in the nearby Ramallah suburb of Beitunia. He was shot and killed by soldiers who were nearby. 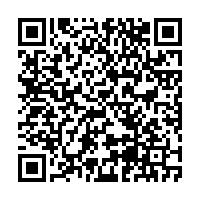