An IDF Golani soldier has died of his wounds and eleven others were wounded after an Arab terrorist armed with a knife in his backpack entered the Central Bus Station in Be’er Sheva shortly before 8 pm Sunday evening.

The attacker stabbed an IDF soldeir and grabbed his M-16 rifle and began firing into the crowd of passengers waiting to travel to various locations.

Nearly all of the wounded were people in their twenties, officials said.

By 8:29 pm the bus station — a central hub in the Negev — was evacuated and sealed, with all public transportation shut down in the city amid fears by security personnel that additional terrorists could be at large. By 10:30 pm those fears were largely dispelled, although security forces were still hunting for a taxi that had run a checkpoint shortly after the attack.

Two of the wounded were still in very critical condition. Two others were in serious condition, four were listed in fair condition and one is in good condition. Four of the victims are police officers.

At least seven other people were hospitalized for trauma and shock. All were taken to the city’s Soroka Medical Center.

The sole terrorist was shot and killed by security forces at the scene. An Eritrean citizen who was initially also assumed to be a terrorist was critically wounded and was undergoing surgery.

The security guard who shot the Eritrean citizen said in his initial interrogation after the incident that he was convinced the man was a terrorist: “I saw him running toward me, not hiding like the others, so I shot him,” he told the Hebrew-language Ma’ariv newspaper. 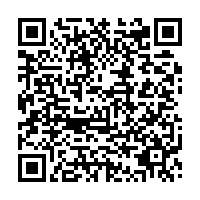