A 26-year-old hareidi man was stabbed in Jerusalem by an Arab terrorist shortly after 9 am Monday morning near the Damascus Gate entrance to the Old City of Jerusalem. The attack took place on HaNevi’im Street, as the man was walking with his family. He was stabbed in the shoulder while fending off the terrorist.

United Hatzalah volunteer medic Dovid Shekler was first to arrive on the scene. “I saw a young man who was stabbed in his upper body and began treating him,” Shekler said. “I continued to treat him until an emergency services ambulance arrived at the scene and evacuated him to Shaare Zedek Medical Center. He was fully conscious at the time of transport.” The victim sustained minor wounds and was in good condition, according to Magen David Adom (MDA) medics who brought him to the hospital.


Jerusalem District Police and Border Guard Police forces heard shouting near the Damascus Gate and hurried to the scene, according to a spokesperson for Jerusalem Police. The attacker, who fled towards Ben Shadad Street, was seen tossing a knife to the side.

“Police pursued the suspect and arrested him,” said a spokesperson for Jerusalem District Police. The 20-year-old terrorist, an Arab from the Palestinian Authority, was transferred for questioning, according to Israel Police spokesperson Micky Rosenfeld. 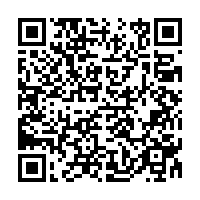