Arab terrorists hurled pipe bombs at the Jerusalem Light Rail Wednesday morning. One of the bombs exploded, but failed to injure any of the passengers. A second bomb did not detonate and was deactivated by sappers summoned to the scene by Israel Police officers.

Arabs continued throughout the morning to riot in the northern Jerusalem Arab neighborhoods of Shuafat, with violence spilling over into nearby Beit Hanina as well in response the death of a young Arab teen who was kidnapped from an Arab neighborhood in northern Jerusalem. His body, found in the Jerusalem forest at about 5:00 a.m., was burnt and showed other signs of violence, according to sources quoted by the Hebrew-language Ynet website.

Authorities subsequently announced on Wednesday morning that the Jerusalem Light Rail would operate only between the Mount Herzl and the Givat Tachmoshet stops. The Beit Hanina and Shuafat stops are to be skipped until further notice. 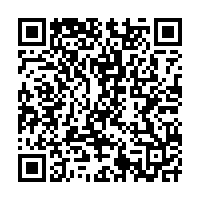