A Border Policeman was stabbed and lightly injured around 7:44 AM on Sunday morning by an Arab terrorist. The attack happened on Hagai (Valley) street in the Old City of Jerusalem.

The Arab terrorist approached 2 policemen, yelled “Allahu Achbar” and stabbed one of the policeman in the neck. The policeman was taken to Hadassah Ein Kerem hospital. He is moderately injured and is conscious.


The policemen engaged the terrorist just as a group of 20 Jewish children were passing by, meters away, on their way to school, and it appears a much worse attack was averted, according to a TPS report.

The terrorist was shot and killed.

The terrorist was a resident of Shechem (Nablus), age 38.

The attack happened close to where Aharon Bennet (Banita) and Nechemiah Lavi were murdered this year by an Arab terrorist. 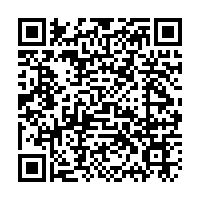